What lurks in the shadows

David Bennett Posted on November 17, 2022 Posted in Thing of the Day No Comments Tagged with copyright, open access, publishing 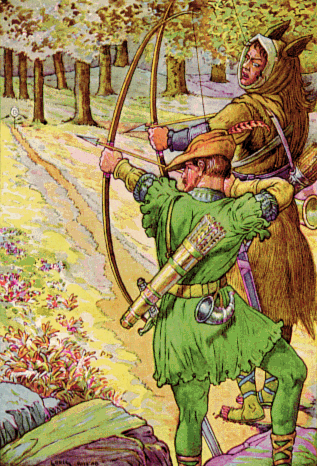 Are the organisers behind shadow libraries today's Robin Hoods?

Behind every great economy lurks a shadow economy offering what the regulated economy cannot and libraries are no exception. For every library buying ebooks and subscribing to ejournals and full-text databases, there is a shadow library attempting to provide the same resources for free without paying. Seen by some as modern day Robin Hoods, could shadow libraries be about to bring down unintended and far-reaching consequences upon us all?

The prospect of liberating information so that it can be read by the greatest number of people without restrictions is appealing but sadly by making journal articles available for free online, ‘shadow libraries’ from Sci-Hub to Z-Library are effectively stealing from academic publishers. I will leave the moral philosophers of the world to debate whether stealing from a wealthy publisher to feed one’s starving mind is ever right but would point out that publishers are getting exercised about these shadow libraries not because a handful of starving students are reading vital papers they could not obtain any other way but because lots of people are happily downloading articles for free to which the organisation they work for or study at would otherwise have provided lawful, paid for access. Publishers are also reportedly upset by the observation that many people now seem unable to tell the difference between ebooks that have lawfully been made available under an open access licence and digitised copies of works sufficiently old to be out of copyright and pirated ebooks. With many shadow libraries based in jurisdictions where US- and EU-based lawyers have struggled to enforce the lawsuits they have brought to bear, shadow libraries represent a significant and ongoing drain on academic publishers’ profits.

For hundreds of years, academic publishers have managed editorial and peer review services and turned manuscripts into academic journals for free and then charged only for access to the final product, which was traditionally a printed journal. In recent decades, digital publishing and the rise of the internet has streamlined this process to the point many are asking what value publishers contribute in exchange for journal prices that for years rose far and above inflation every year. There have been two distinct responses. Responsible academia has begun slowly to move from the traditional academic publishing model to providing its own self-managed open access publishing infrastructure (for example the NIHR Open Research platform and the Royal Society of Chemistry’s attempt to create make its ejournals all completely open access) so that eventually institutions will no longer need to pay to access recent research articles. This will still leave the vast majority of existing academic research knowledge as the private property of the large academic publishers, who will doubtless continue to exact a hefty fee to access it. It is perhaps in response to this that individuals ideologically opposed to this arrangement have set about creating shadow libraries that serve to undermine the largest publishers by giving away their valuable assets for free. So far, publishers have been unable to stop them and so they are now crying out to lawmakers in governments to help protect their interests.

We live in interesting political times, and with Sci-Hub at least based in Russia, it is difficult to imagine this shadow library being stopped at its source. Whether Western nations will tolerate the precedent of content being filtered/blocked by the government remains to be seen. To date, internet censorship has largely been regarded as somewhere between a threat to democracy and the hallmark of dictatorship but it is difficult to imagine how else this particular leak could be plugged. Truly, we live in interesting times.

Read more about shadow libraries and the calls for anti-piracy action against them on the Bloomberg Law blog.