↓ Skip to Main Content
Home › Thing of the Day › Remember, remember the fifth of November

Remember, remember the fifth of November

David Bennett Posted on November 4, 2022 Posted in Thing of the Day No Comments Tagged with culture, history 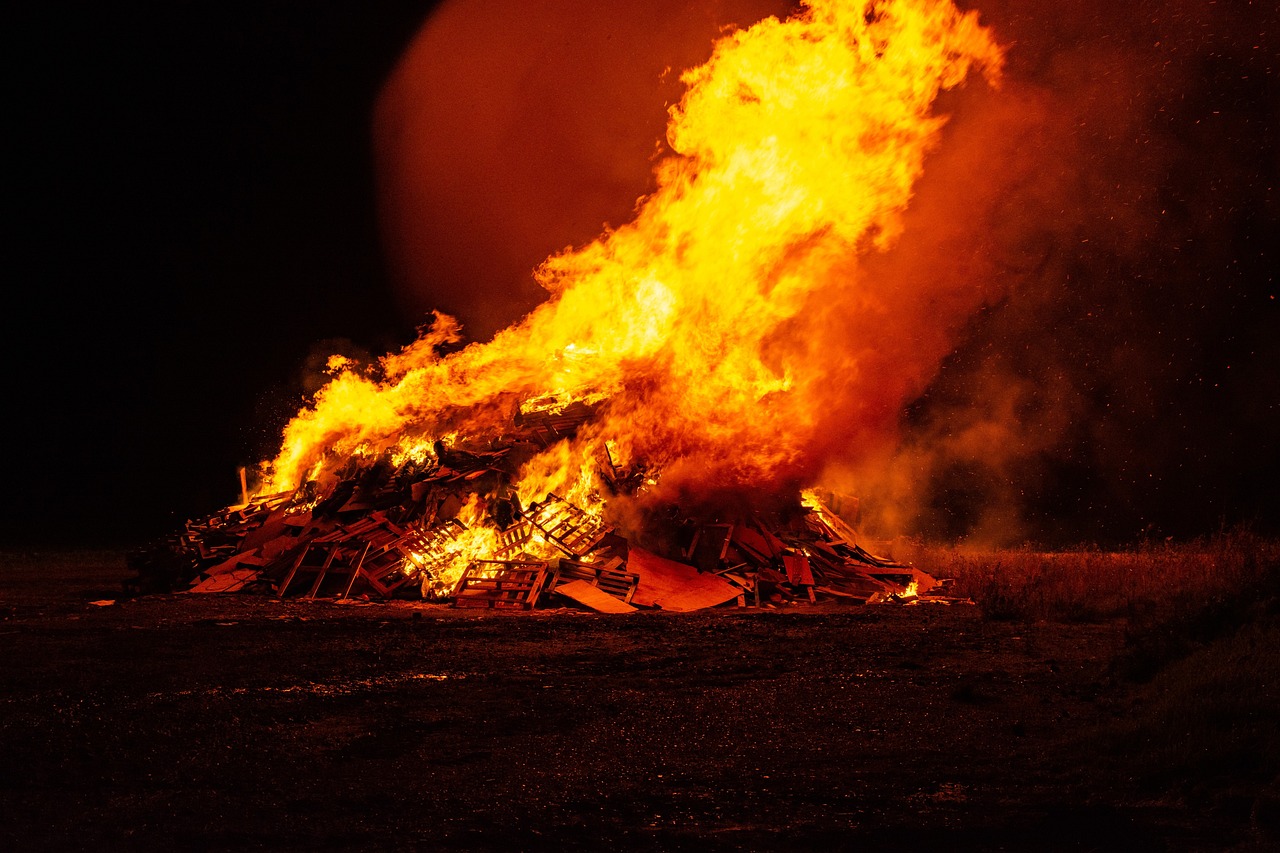 The 5th November is celebrated each year in England as Bonfire Night. Associated with firework displays, bonfires and toffee apples, its origins are a lot darker than they might first seem.

Ever since the Reformation under Henry VIII, when the Church in England separated from the Catholic Church in order to facilitate King Henry’s divorce from Catherine of Aragon. Catholics and Protestants in England had competed for supremacy, each being championed at different times by successive monarchs until Elizabeth I quashed the Catholic Church in England in response to a Papal Bull (an instruction from the Pope, spiritual leader of the Catholic Church) excommunicating her and calling for her assassination. Her successor, the Protestant James I, was now on the throne and a group of desperate Catholic conspirators were still trying to restore a Catholic monarchy by detonating a large quantity of gunpowder under Parliament while it was being opened by the protestant King James I, killing the king and his parliament to facilitate the restoration of a Catholic monarchy in England.

The conspirators were inept. They conspired openly in coffee houses and were easily observed ferrying barrels to a warehouse neighbouring the Houses of Parliament, which attracted the attention of the security services of the day. They waited until Guy Fawkes was about to light the fuse before arresting him in the act. The king was not in a merciful mood and Guy Fawkes was brutally tortured until he gave up his conspirators, all of whom were killed resisting arrest or executed.

The thwarting of this treasonous conspiracy has been celebrated ever since, with effigies of Guy Fawkes traditionally being burned atop large bonfires amid celebrations that nowadays include fireworks – an imported technology originating in China.

The events are still passed on down through the generations in a traditional children’s nursery rhyme:

Remember, remember, the fifth of November,

I see no reason

Should ever be forgot.

Click here to read more about the history of Bonfire Night and the defeated conspiracy that started it all on History.com.