A celebration of synth

David Bennett Posted on July 18, 2022 Posted in Thing of the Day, Uncategorised No Comments Tagged with music, technology 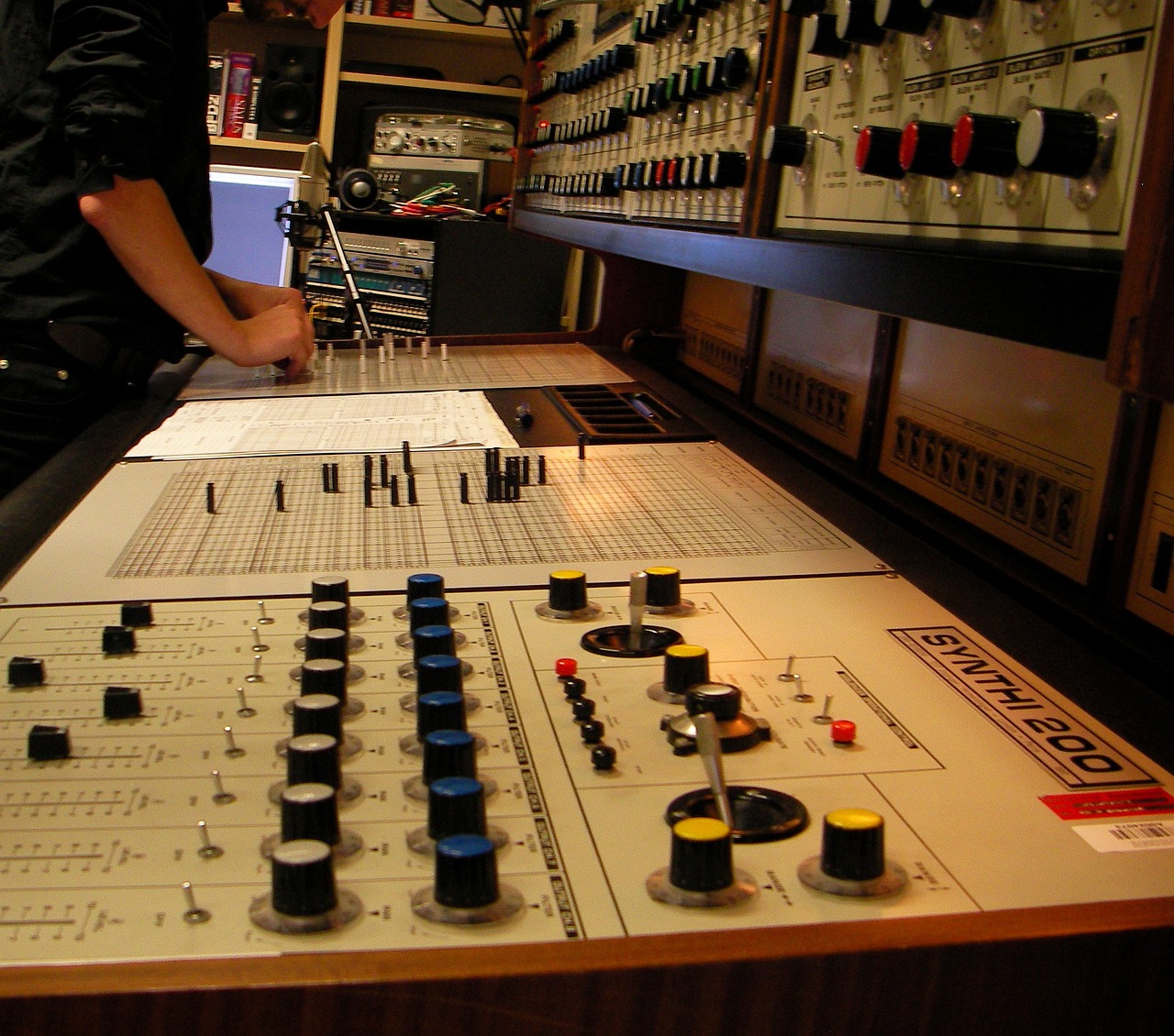 Google today celebrates early synthetic music composer Oscar Sala (although you are probably reading this later, so just take my word for it).  Listening to electronic music over YouTube gave me pause to wonder just how and when music went from people gathered in a room playing acoustic instruments to a live audience gave way to born-digital tracks shared globally over the internet. The answer is ‘surprisingly recently’.

The history of music has been a history of technological innovation, and instrumental engineering pushing back the boundaries of how it was possible to generate and manipulate sound.  The range of tones, volume, and adjustability of music changed regularly as entirely new instruments evolved into view and were superseded in turn.  We may still have harpsichordists today but they are very consciously playing a ‘period instrument’.  So, what is the period instrument of today?  Undoubtedly, it is the synthesiser.

Modern music is pretty much all synthesised, or at least comprises digital reproductions of recordings of acoustic sounds and yet this development was very much a twentieth-century phenomenon. This post comprises a whistlestop tour from early electric light bulbs through vacuum tubes to modern electronic circuitry, Oscar, Sala, Brian Eno, the too often overlooked Wendy Carlos, and on to the modern day with many a window shopping stop along the way.

Most histories of synthetic music begin in the 1960s with Brian Eno and skip over the reclusive genius that is Wendy Carlos (who only recently took to social media to protest an unauthorised biography) but for their true origins, we must go all the way back to the 1980s and the discovery that primitive electric lightbulbs emitted a sound as well as light at a voltage-dependent tone, which in 1899 led to the invention by William Du Bois Duddell of the Singing Arc: a glorified noisy lightbulb and the world’s first ever synthesiser.

Forward to the 20th century

1906 saw the discovery of the triode, named after the term given to its audio band oscillations but more popularly known as the Audion or thermionic valve.  It was an electronic component that converted any input current directly into audible sound.  It was the first miniaturisable electronic oscillator and paved the way for digital music.  You have to remember that humans can only hear a fairly narrow range of sounds – cats and dogs can hear sounds of far higher pitch that anthropocentric scientists have dubbed “infrasound”, while elephants use infra-tones to detect tones so low into infrasound (tones beneath the lower limit of human hearing) that set up standing waves that then travel as vibrations across the surface of the Earth and are detected and understood by other elephants miles away.  and travel vast distances without distortion, allowing them while miles apart.

If you are interested in learning more about the fascinating ways animals use sound and colour to signal reliably to one another and adapt how they communicate in different environments, check out Bradbury’s seminal textbook on the ecology of animal communication subject.

This led to keyboards of volume-controlled sound synthesizers, with designs varying from vacuum tubes similar to those used by von Neumann and others in the first computers in 1915 and then on to the RCA Mark II Sound Synthesizer, built by Herbert Belar and Harry Olson, two engineers at Bell Laboratories, via a whole host of different devices, including the Theremin – made famous in part for being wrongly attributed as the instrument for its use in creating the warbling Original Star Trek theme tune – to the Moog Synthesiser.

The introduction of the Moog (pronounced ”mohg”) Synthesiser enabled keyboard instrument inputs to be synthesised, paving the way for the reclusive genius, early trans composer and virtuoso pianist Wendy Carlos to compose the Platinum-selling and three-times Grammy-winning album Switched on Bach and a succession of electronic film scores from Tron to A Clockwork Orange and the inexorable march of development and miniaturisation over the next 60 years to today’s digital pianos keyboard input instruments.  While earlier devices had been suitable for synthesising comparatively simple popular and rock music, Carlos demonstrated that in the right hands, the synthesisers of her day were capable of handling complex polyphony.

As the late twentieth-century Japanese industrial revolution saw precision engineering enable the miniaturisation of circuit boards and components, the Mohg Synthsiser gradually morphed via a series of successor archetypes into the electronic keyboards of the 1980s, only for the power of microcomputers to grow so much that nowadays electronic musical composition is almost always input via keyboard and then transformed into its final form using an app – digital software succeeding analogue hardware – where almost the audible output is largely limited only by the imagination of the composer.

Back to the future

We are still less than 125 years from the discovery of the noisy light bulb.  The first synthesiser given to performances was discovered less than 80 years ago, and the first iPod was sold in 2001, 21 years ago.  We moved from first noticing the voltage-dependent hum of primitive light bulbs to developing the iPod in less than a century.  Slowed now only by limitations to component size imposed by our understanding of quantum mechanics, circuit boards have been decreasing in size and doubling in power on once average every two years for decades, to the point where computers are themselves now beginning to learn how to compose music themselves and the pace of change continues to increase.  Truly, we live in an age of wonders.  The only question left, is…

Simon. (2020, April 8). History of the synthesizer [Translated from an original article by Johan Merrich]. https://www.thomann.de/blog/en/history-of-the-synthesizer/

Stock, M. (2020, May 8). The legend of the Moog, the synth that changed music.  The manual. https://www.themanual.com/culture/history-of-moog-synthesizer-music/

Other histories of synthesised music