↓ Skip to Main Content
Home › Librarianship › Before we could type…

Before we could type… 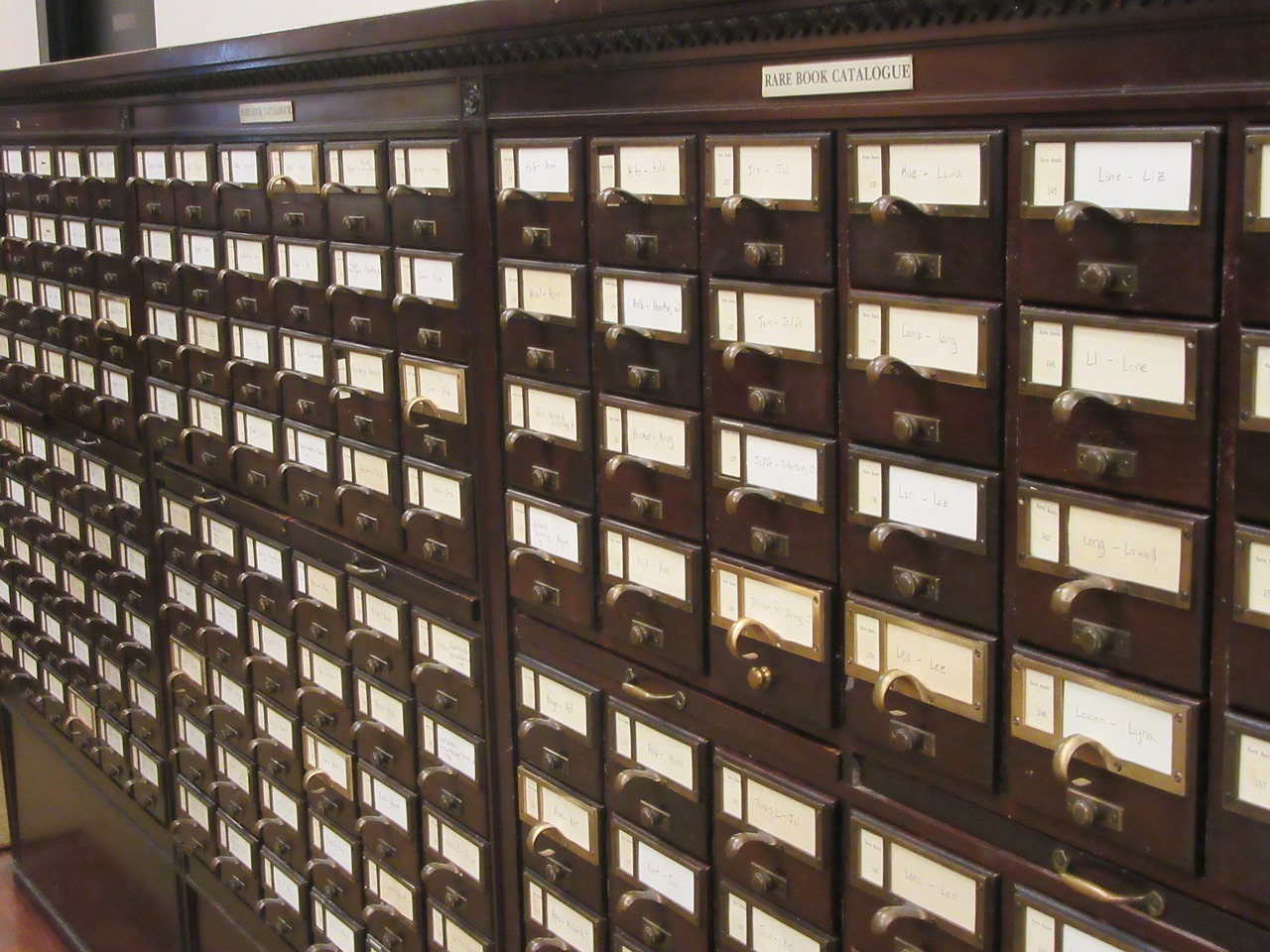 Card catalogues - a relic from a bygone era in libraries.

When I were a lad, we had no computers; we used to write everything neatly by hand on pieces of paper and then lose them, which is the whole point of written to-do lists… well, okay, computers did exist and the earliest home computers – most commonly BBC Basic and Amstrad, though a few “IBM compatible” PCs were already around. Not even I am old enough to remember life before the Internet, which has existed in some form, albeit largely unnoticed for much of its early life, (officially) since 1 January 1983, the first date that it is reckoned there were sufficiently many networked computers to provide the first worldwide network. Most of you probably cannot remember much before the rise of Google in the late 1990s, when the site-based networked and structured world wide web featuring the GeoCities landscape of the early World Wide Web that emulated physical real-world communities gradually began to transform into the fluidly networked world of links and search discovery via search engines that we know today. All these changes had profound impacts on librarianship, with card catalogues being replaced first by CD-ROM, standalone terminal, and finally, web-based library catalogues, paving the way for still more sophisticated discovery tools later on.

What is really interesting is what happened before people learned to type at all. For this, we must go back in time to the late 19th century, when typewriters were the new-fangled technology of the moment and the fathers of computer technology, von Neumann and Turing, were but a twinkling in their respective fathers’ eyes. It took librarians as a profession some time to learn to type accurately.* So, what did they do beforehand? They wrote out catalogue cards by hand.

Now, imagine you are trying to flick through thousands of 3 x 5 inch catalogue cards to find the subjects, authors, and titles you want. The cards have to be instantly readable, right? Just as clear as if they were typed. Well, for a long time that wasn’t the case. A conference in September 1885 decided that librarians’ handwriting was about as good as that of doctors(!) and not fit for writing out usable catalogue cards, in the words of one public librarian because “there is apt to be too much flourishing”. Their solution? To dispense with individual handwriting styles in favour of a standardised, unjoined writing style where all characters were written as simple as possible, with even spacing and slant, that was as close to a manufactured typeface as could be approximated in handwriting. The product? A handwriting style called “Library hand”.

There is much more to this story – including the involvement of the prolific inventor, Eddison, so if you are interested in finding out more about the history of handwritten typography or just what librarians got up to back in the past century but one, head on over to Ella Morton’s article and get the full story.

You have to remember that typewriters were expensive back in the day, and there was no ‘backspace’ or ‘delete’ key on a typewriter: if you hit the wrong key in an important document, you had to start again! There was also a technological problem, in that typing too quickly caused the mechanism to jam. The uninspiring solution to this was not to improve the design of the typewriter but to invent the most common keyboard layout we have today, which was designed to place the most commonly used keys further away from where the hands rest over the keyboard in order to slow the rate at which someone could type to the rate that the mechanism could cope with. Modern computer keyboards inherited that layout – inefficient by design – to this day. There are alternative keyboard layouts available nowadays, including the Dvorak layout which minimalises finger movement and in theory maximises typing speed. You can read about and even try these alternative keyboard layouts here.