The subtle influence of privilege

David Bennett Posted on October 7, 2020 Posted in Thing of the Day No Comments Tagged with black history, diversity, equality 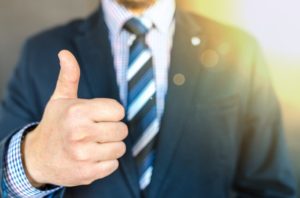 It is very difficult to know when you have a privileged place in society; it is much easier to notice privilege for those who live without it.  All a privileged person is aware of is how hard life is, how much month there is at the end of their money, how competitive job applications have become, how scarce opportunities appear to be for the ill-prepared and just how much work is required to achieve anything meaningful.  What is not obvious is what life is like for others; how their life has gone just a little (or a lot) more smoothly.  Doors open more readily, opportunities materialise with less effort, and people with wealth and power are more predisposed to help those they perceive to be like them, while closing the door of opportunity more readily on those with whom they identify less closely.

These inequalities interact.  There is racism among black people, while the gay scene is notoriously racist.   For those who find themselves belonging to or identifying with more than t is therefore marvellous to behold how many people who Life is hard enough for a straight, white man; imagine what it must be like to be a trans, black woman in Britain today.  Despite these disadvantages, black women, and how many gay, bi and trans black people rise above social prejudice to succeed and thrive, as these black role models, entrepreneurs, and influencers demonstrate.

Black people and diverse cultures have been excluded from the academic literature, case studies focus on western corporations and countries, and our cultural heroes and popular role models are almost all white.  Society attempts to recreate the status quo, which is far from accepting of difference or an equal playing field for all.  Those with wealth and power retain their privileged advantages because they have learned not to share or level the field of competition with those born without (Parker, 2014.). Those with power are reluctant to take apart the system that put them where they are, and as Nicolo Machiavelli (1532) observed, the powerful are always found to be in the right.  Psychological experiments confirm have found that players given unfair advantages or early leads that make it impossible for others to compete afterwards attribute their success to their own skill and merits, in the same way as they deny unequal advantages in life (Ricciardi, 2013).

In order to rise above the higher barriers faced by black people and women, and black women in particular, the drive for excellence is cultured from a young age.  The point is not to marvel at how these role models reached success but for those with privilege to watch for and seek actively to dismantle the barriers to equality of opportunity built seamlessly into our society.  These barriers are hard to spot because they are part of normal life – silent, invisible, accepted as part of life and all the more effective for it.  People notice book burnings and beatings but maintaining an institution that is unattractive to a diverse workforce by virtue of already having a workforce that is devoid of diversity and recruits people they believe will be a ‘good fit’ for the existing organisational monoculture is a more successful deterrent.

This is a social problem that involves us all, whether we like it or not.  All that is necessary for inequity to continue is for good people to do nothing.  Silence is complicity and collaboration with a racist, homophobic and ableist society.  We all need to challenge inequality and complacency wherever we see it and demand society and organisations become accountable for ending inequality, rather than hiding behind soothing rhetoric and strategy rather than seeking to create real and lasting change.