David Bennett Posted on May 29, 2020 Posted in Thing of the Day 1 Comment Tagged with history 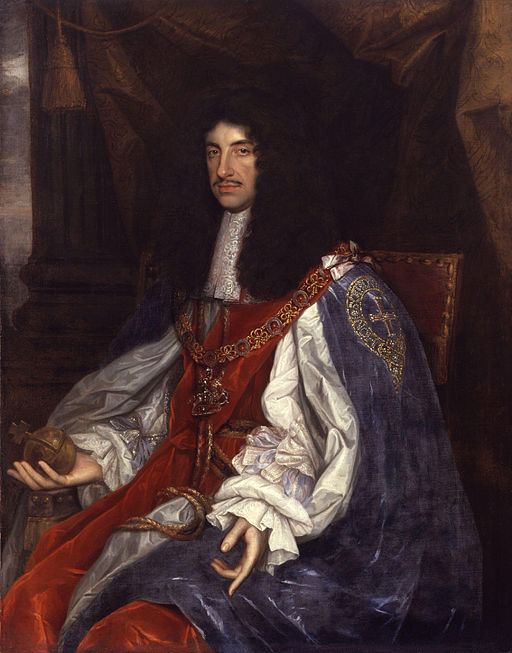 On this day in 1660, Charles II returned to London from exile in the Netherlands to claim the English throne on his 30th birthday after the Puritan Commonwealth instigated by Oliver Cromwell came to an end.

This marked the end of the first and only experiment with republicanism in England, which started after Charles I was tried by Parliament, found guilty of treason against the people of England for conspiring with foreign powers to invade England and take back his throne after being defeated by the parliamentarian army, and subsequently beheaded.  The law did not grant any powers to try the monarch, and so the trial was almost certainly unlawful.  Certainly, all those directly involved with the trial were subsequently executed.

Oliver Cromwell rose to power to fill the power vacuum threatening to destabilise the country after the King’s execution but resisted being crowned himself, preferring the less restricted powers of the new role of Lord Protector.  His extreme puritanical rule was unpopular but absolute during his lifetime and upon his death the country turned to the late King’s son who had fled into exile on the continent, later crowned Charles II of England, to take up the reigns of monarchy once more.

Charles II reign was famous for the surging advances in the arts and the sciences, as well as the Great Fire of London, which swept quickly through the overcrowded slums South of the River Thames destroying the lives and livelihoods of all those in its path, for there was no such thing as home or contents insurance for the average person in the 17th century!  People fled carrying their few sticks of furniture ahead of the blaze.  Reluctant to have his rich friends’ houses demolished, the official responsible failed to act in time to create an adequate fire break that might have prevented the blaze from reaching the Thames, by which time the heat was so intense that it caused a tar factory on the far bank to explode, setting the other parts of London ablaze.  Without a modern fire brigade, the fire was uncontrollable and much of the city was destroyed.  This was not entirely a bad thing, because the King made a point of replacing the crowded slums that had grown up over time with planned developments, wider roads and proper construction standards.  In many ways, the long-term public health of Londoners benefited from so much unsafe and unhygienic housing being demolished all at once.

Discover more about Charles II and the rest of history in the Journal of Social History and other excellent historical resources available from the History subject page of the Library website.