David Bennett Posted on March 29, 2019 Posted in Thing of the Day No Comments Tagged with health 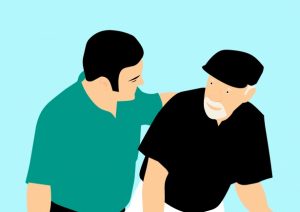 Most people’s perceptions of dementia are excessively negative.  Many of the signs of dementia are misunderstood and made worse by a lack of reasonable adjustments by carers and others who understand the condition poorly.

What do you think of when you hear the term “dementia”?  A curse that strikes in old age to steal memories from all those who outlive their usefulness?  Angry, volatile and confused elderly people fighting their carers at shop entrances?  Perhaps something else entirely, but it is unlikely the term conjures up a happy or welcome picture.  The popular perception of dementia overshadows the often much happier reality.  Many people with dementia can and do go on to live well with only minor adjustments and a little understanding from those around them.

Click on the Read more link below and learn to dispel some of the myths surrounding dementia.

You can help create a dementia friendly society just by talking to friends about what you have learned.

If you work at the University, ask your line manager about attending the free, internal Dementia Awareness training course offered through Learning & Development.  Anyone can attend free 45 minute local training session to learn more or just sign up to watch a five minute online video exploring how people can live well with dementia to become a Dementia Friend and spread these five simple key messages to reduce the fear and stigma surrounding dementia and encourage everyone in society to help those with dementia to live well.