David Bennett Posted on December 13, 2018 Posted in Thing of the Day No Comments Tagged with classical music, film, films

Australian avante-garde, the emotion of design, and a Christmas concert 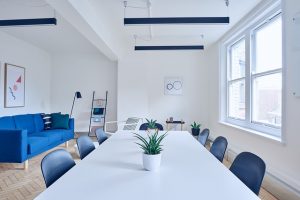 Artfilms are offering another Weekend Film Festival showcasing films from a variety of disciplines, producers and cultures. The videos are free to watch until until the end of next Tuesday, 18th December.

To watch these films:

1. Login to the Artfilms streaming site as a guest:

An Interview with Albie Thoms

Albie Thoms was a much-loved, respected and influential figure in Australian culture and film history and a leading figure of Australia’s avante-garde. This interview, conducted shortly before his passing in 2012, is a touching account from a once rebellious artist, illustrated with original photos and film clips. The conversation touches on Thoms’ early theatre experiments with absurd plays, becoming a film maker, the UBU experimental film group’s work, government politics, rebellion, and the emergence of Sydney’s counterculture.

The Emotion of Design

Mark Gabbertas, one of London’s premier designers talks about the most current questions in furniture design: branding, production, psychology of space and the emotion of design. Mark’s philosophy is to create character through simplicity. The richly illustrated, in-depth video interview is a must-see for all design students.
Mark: “What makes me get up in the morning? … The remotest possibility that we might have done something with enduring significance. The ability of furniture to fundamentally affect how you feel, and thus its ability to fundamentally influence behaviour.”

The Spirit of Christmas