The plight of drunken gulls

David Bennett Posted on July 6, 2018 Posted in Thing of the Day No Comments Tagged with biology, food and drink, social sciences 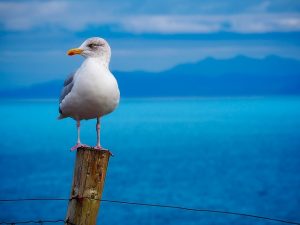 Many of you will know the feeling of a hangover: the nausia, headache, disorientation and a mouth that feels strangely rough and furry.  What you might not realise is that getting drunk, and in many cases very drunk, is not just a habit of some humans.  It is common to other animals, including monkeys (though sadly not elephants, despite the popular myth).  Now seagulls appear to have gotten themselves drunk after drinking brewery waste!  They reportedly stagger around in confusion, stinking of alcohol until they vomit.  They then start to recover.

I’m sure I’m not the only person wondering whether some gulls are going to come back for more and learn just how much brewery waste gets them pleasantly tipsy.

Click or tap here for more about the plight of drunken gulls.