David Bennett Posted on June 23, 2018 Posted in Thing of the Day No Comments Tagged with diversity, engineering, feminism 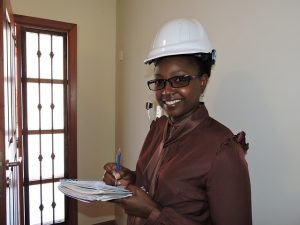 Women have traditionally been underrepresented in the science, technology, computing and mathematical professions, yet their contributions have been critical in shaping the modern world, as STEMjobs and IveyEngineering describe.  Ada Lovelace invented the fundamentals of programming before electronic computers were even invented, Grace Murray Hopper first coined the term debugging code, which at first meant removing insects that had become caught in the delicate calculating machinery.  While in science Marie Curie stands out as one of the most influential figures in twentieth century physics, who remembers Einstein’s wife, who was a respected engineer in her own right, or the small group of black American women who were instrumental in putting man on the moon, whose tale is now chronicled in recent Hollywood film release “Hidden figures”?

Women engineers are all around us and continue to help shape our world. Here are just a few examples of our current leading women in engineering.  You can find out more about the prospects of women looking forward to a career in engineering on the Prospects careers guidance website.