Have another look at History: two new resources for historians

David Bennett Posted on June 7, 2018 Posted in Subjects: Humanities, Thing of the Day No Comments Tagged with feminism, history 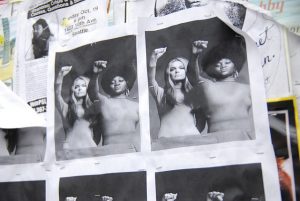 The Library is pleased to present new and expanded historical resources covering gender and social change and documentation on the papers of state, including a brand new resource, Gender: Identity and Social Change and a huge expansion to the authoritative State Papers Online.

Primary sources, including images, about gender roles from the 19th century to the present.  This resource supports the study of women’s suffrage, the feminist movement, the men’s movement, employment, education, the body, the family and more in the UK, USA and Australia.
Click here to explore this new social history resource.

Following on from our popular access to Tudor and Stuart State Papers, the library has now bought access to 18th Century State Papers Online Part 1, including Registers of the Privy Council as well as documents on domestic, military and naval matters. Whether you are interested in the Jacobite rebellion, the Seven Years’ War with France, the Boston Tea Party or official correspondence to and from the First Lords of the Admiralty, take a look at the wide selection of beautifully hand-scripted manuscripts.
Click here to see what’s new in State Papers Online.
Image reference: (cc) Jonathan McIntosh, via Flickr