David Bennett Posted on May 12, 2016 Posted in Services No Comments Tagged with archives, films, literature, theatre 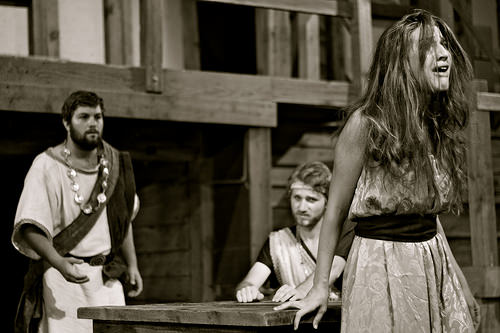 The BBC has launched the BBC Shakespeare Archive Resource to mark the 400th anniversary of Shakespeare’s death.  Exclusive to universities colleges and schools, this resource offers access to hundreds of BBC TV and radio broadcasts of Shakespeare’s plays, sonnets and documentaries about Shakespeare produced in the 1950s.  It includes the first televised adaptations of Othello and Henry V, interviews with John Gielgud, Judi Dench and Laurence Olivier, and over 1000 photographs of Shakespeare productions.

This resource uses institutional login both on and off campus.  Choose which broadcast you would like to watch and then click the “Login” button.